Looking at the opportunities for setting up business in Frankfurt in the run up to Brexit, affected financial industry players must plan their response to a possible “hard” Brexit. The following considerations should help in the planning:

Under German banking supervisory law, a ﬁnancial institution can be organized in any legal form. Nonetheless, most of the private banks operating in Germany (other than Volksbanken which are organized on a cooperative basis) are organized either as stock corporations (Aktiengesellschaft, AG) or as limited liability companies (Gesellschaft mit beschränkter Haftung, GmbH), as opposed to limited or general partnerships.

However, the vast majority of private banks in Germany and also most of the German subsidiaries of international banks are traditionally organized as stock corporations. This is due in particular, on the one hand, to the fact that stock corporations have a better reputation within the ﬁnancial sector and, on the other hand, the fact that they are more easily able to comply with the complicated and time-consuming formal procedures that are mandatory for stock corporations.

Apart from the legal form they are considering adopting, UK banks willing to move will also have to consider how to get there, options being, e.g., cross-border mergers into German corporations as provided for by the European Merger Directive or a cross-border migration under the Vale doctrine, i.e. a transfer of the seat of the company combined with a conversion of the legal form. Banking supervisory law would, in principle, allow either method. Tax implications would need to be reviewed in this context.

If a financial institution considers the German subsidiary to be set up as a corporation under German law, it will be subject to unlimited taxation in respect of all proﬁts generated through business activities in Germany at an aggregate income tax rate of approx. 32% (in the City of Frankfurt). The same will generally be true for a German branch of a UK entity operating as a ﬁxed place of business (Betriebsstätte) in Germany. The repatriation of proﬁts from a subsidiary may attract withholding taxes in Germany (with a possible reduction of the relevant tax rate), while no such withholding taxes will apply to the repatriation of proﬁts from a branch.

Generally speaking, a UK branch of a German subsidiary will be subject to applicable UK taxation on the proﬁts and expenses attributable to the UK business, provided the UK branch constitutes a ﬁxed place of business (Betriebsstätte) in the UK. However, please note that the German business and the UK businesses will have to be viewed separately for taxation purposes. As a consequence, losses accruing in the UK branch cannot be set off against proﬁts arising in Germany and vice versa. The UK branch will therefore in particular not be able to offset employment expenses incurred in the UK against proﬁts that are realized (or deemed to be realized) by the German subsidiary.

In the case of a German subsidiary entering into an outsourcing agreement with the UK (parent) entity for services to be rendered in Germany, the letting of UK-based employees to this German subsidiary (as well as other services rendered from the UK to Germany) will be subject to German VAT, which is 19% at present. This VAT is not recoverable by the German subsidiary (being an entrepreneur performing banking services/ﬁnancial services), so an additional tax burden of 19% could arise compared to a scenario where the employees are employed directly by the German subsidiary (or its UK branch). In addition, sending employees across the border will have to be monitored closely with respect to wage tax issues (as well as social security issues) that may arise in this context.

If a UK entity contemplates setting up a subsidiary or opening a branch in Frankfurt or anywhere else in Germany, it must bear in mind that German employment law will apply. Under German law, for example, in all companies with more than ten employees termination of employment is subject to strict rules, and employers can only dismiss employees on operational, conduct-related or personal grounds. In smaller businesses, i.e. those with ten or fewer employees, the employer is free to dismiss employees on any grounds, provided that they are not arbitrary or in abuse of legal rights or ethical considerations. In order to avoid unfair termination litigation, employers very often enter into mutual termination agreements with employees they want to release.

A mutual termination agreement usually sets out the conditions under which the employment will end and includes a severance payment. Employees do not have a statutory claim to severance and there is no statutory formula for calculating severance payments. It is a matter for negotiation, although severance payments are often calculated as follows: factor x gross monthly salary x years of service. The factor applied in the banking industry in Frankfurt usually ranges between 0.75 and 1.5.

Another important aspect of German employment law is that in operations with ﬁve employees or more, employees can elect a works council, which is an employee representative body, with a four-year tenure. The size depends on the number of employees in the ﬁrm. For example, ﬁrms with 201 to 400 employees will have a 9-member works council. The works council has its own rights vis-à-vis the employer regarding certain decisions to be taken within the company. In some areas the works council only has information and consultation rights; in other areas, e.g. weekly duty rotas, it has actual co-determination rights. The works council exercises its main co-determination rights by concluding works agreements with the employer. Agreements of this kind have an immediate and binding effect on the individual employment relationships.

In a scenario where a German subsidiary of a UK corporation sets up a UK branch for the sole purpose of employing the UK personnel and holding and maintaining any assets or contracts necessary to operate out of the UK, German employment law would not apply to persons employed at this branch, irrespective of the fact that the German subsidiary is the (contractual) employer. In particular, UK employment law and social security law would apply.

If the German subsidiary or German branch were to enter into an outsourcing agreement with a UK-based group company and the latter were to employ the necessary personnel and hold the relevant assets/contracts, the personnel structure would not be mitigated that much. However, in order to avoid a situation where the outsourcing could be considered as (illegal) personnel leasing, the outsourcing agreement should not include any clauses allowing the German subsidiary to directly issue work instructions to the UK personnel, nor should the German subsidiary actually do so. In situations where applicable supervisory regulations require working instructions to be directly issued to the UK personnel, it should be ascertained whether any alternative solutions, such as an application for a license for personnel leasing, are necessary.

Supervisory laws in Germany are very similar to the corresponding UK laws. As Germany is an EU Member State, the CRR is directly applicable and Germany has implemented the CRD. Companies considering operating their German and EU business with UK personnel would be subject to the restrictions that apply to outsourcing arrangements. Under these restrictions certain functions must be carried out in Germany. It would not be possible to set up a German bank as an empty shell that is entirely operated out of the UK. The scope of functions that have to be carried out in Germany depends on the type of business and may also become the subject of German or EU Brexit implementation acts.

It is not only because of the absurdly high fines that can be imposed for violations of the new EU General Data Protection Regulation (which can amount to EUR 20 million or 4% of annual global turnover) that data protection should rank very high on the list of legal issues that need to be considered when it comes to deciding whether to set up a new branch or subsidiary in Frankfurt or elsewhere in the EU. Post- Brexit the UK will be a “third country” in terms of EU data protection laws. Transferring personal data of customers or employees from the EU to a parent company or headquarters in the UK will therefore be subject to the same restrictions that apply to transferring data to other third countries like the US today and which aim to ensure that personal information concerning European citizens enjoys the same level of protection abroad as it does within the EU. The UK government recently announced that it plans to pass the new EU data protection regulatory framework into national law by May 2018, well before Brexit is likely to take effect. As long as the UK sticks to this framework, after Brexit it can expect to be recognized by the EU Commission as a country that ensures an adequate level of data protection in accordance with Article 45 GDPR. This would make businesses in the UK eligible to receive personal data from the EU under the same conditions as apply to data transfers within the EU. However, the moment UK lawmakers decide to drop EU data protection legislation (or the UK regulator stops enforcing these laws properly) the UK will lose its status as a “safe harbour” for personal data from the EU. In that case UK banks will have to apply “appropriate safeguards” for personal data in accordance with Article 46 GDPR on their own if they want to still be able to share personal data with their branches or subsidiaries in the EU. This can be accomplished, for instance, by entering into intra-group data protection agreements based on standard contractual clauses which will be published by the EU Commission. Alternatively, banks could implement binding corporate rules pursuant to Article 47 GDPR which, however, must be approved by the data protection supervisory authority in the EU. 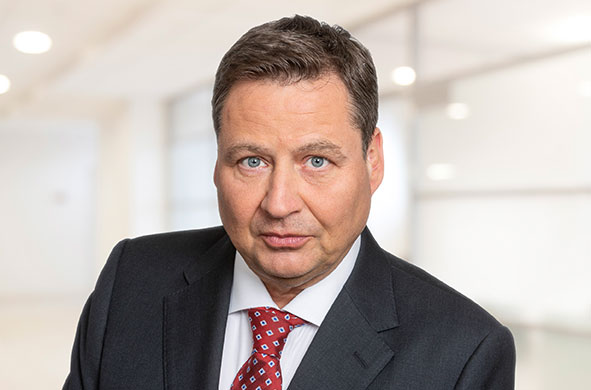